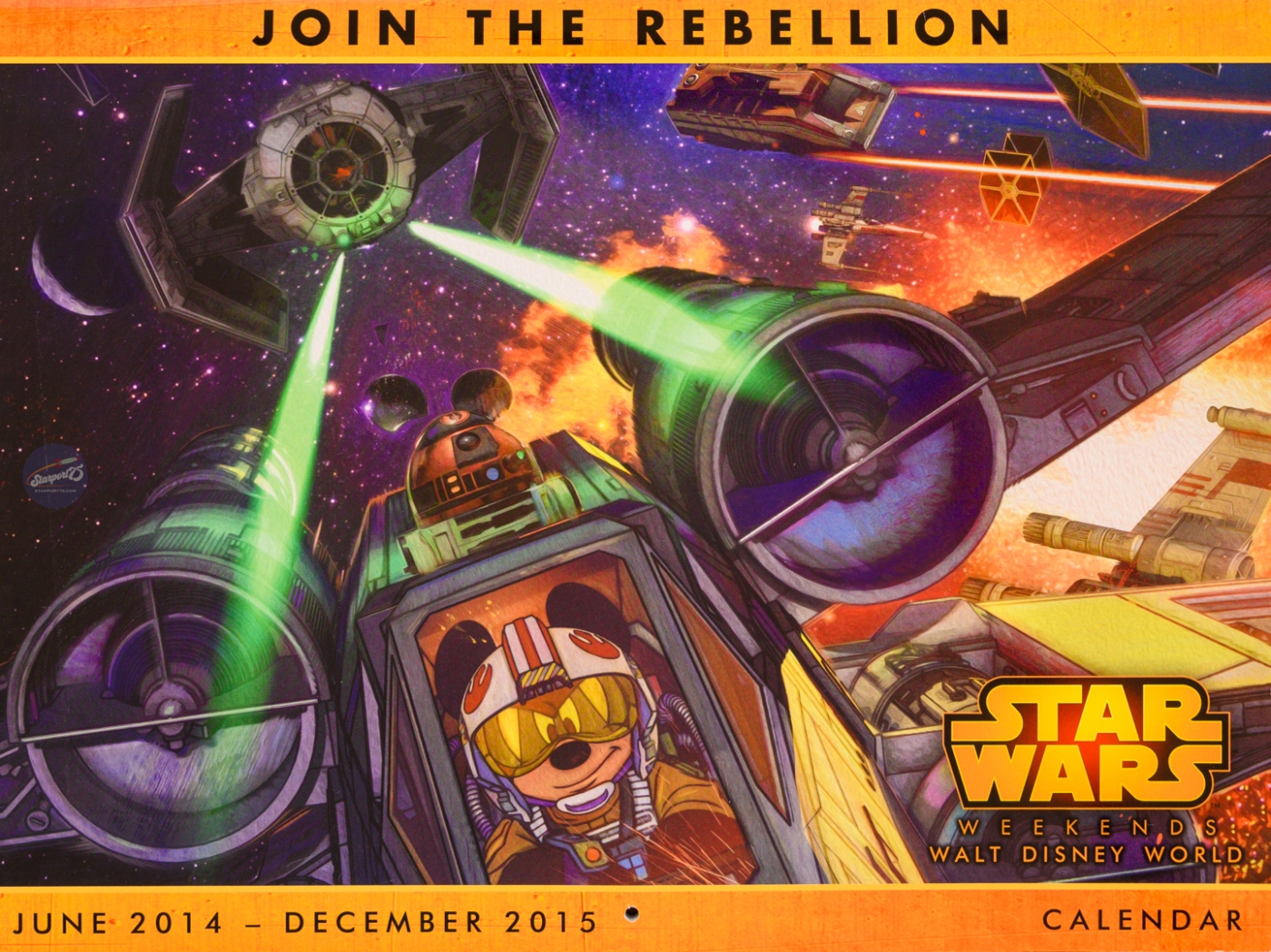 With all the Galaxy’s Edge news coming out of Disneyland, I thought it would be a good time to share a little Star Wars goodness. This is the 2014/2015 calendar that was sold during Star Wars Weekends in 2014, which would end up being the second to last SWW. The photos are cute; Star Wars characters interacting at WDW and in Orlando. It was a time when Disney was gearing up for the onslaught of Star Wars movies and shows, with SW Rebels about to be released later in 2014, and “The Force Awakens” still over a year away. Now, we’re about six months away from “The Rise of Skywalker” and the end of the Skywalker saga. Fingers crossed that the series is wrapped up properly.