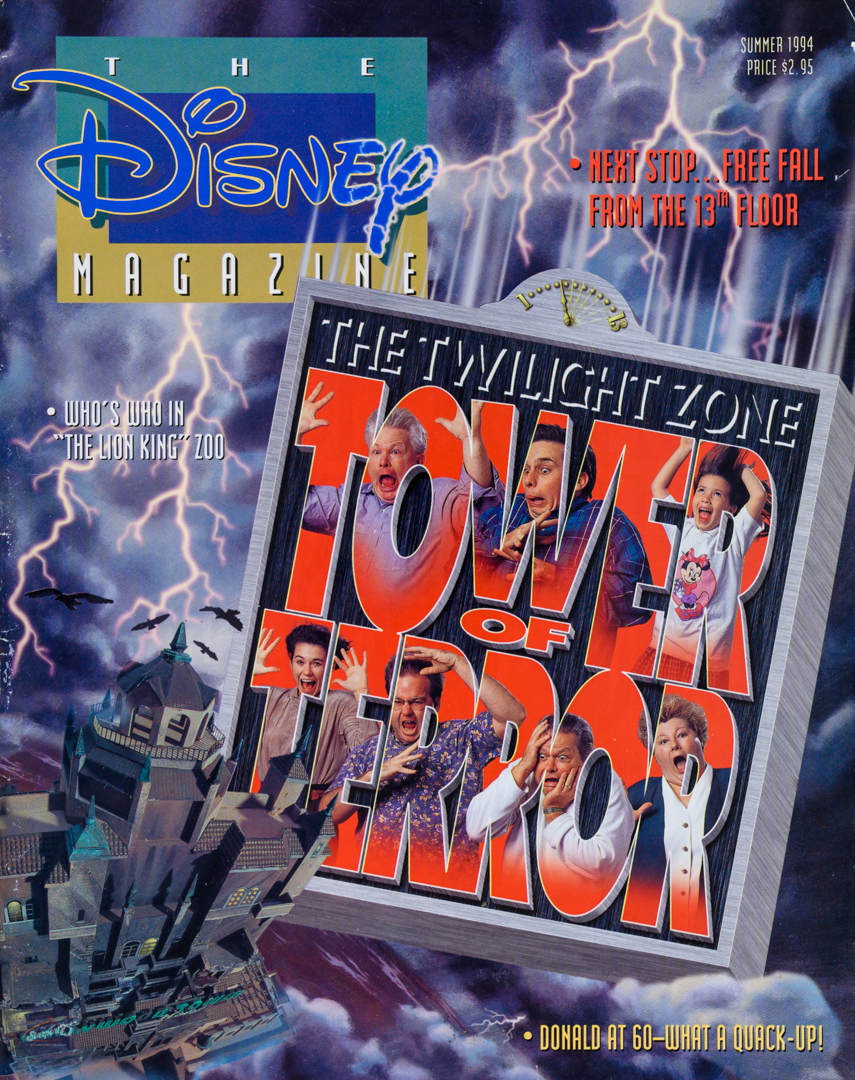 I subscribed to the Disney Magazine from Fall of 1990 through the last edition in Summer 2005, so I have a bunch of these that I want to digitally archive and share with you. Reading these magazines in the days before the internet was the main way to keep up on what was happening at Disney. So I devoured every page of every copy I received. This issue was no exception. With The Tower of Terror just celebrating its 25th birthday on July 22nd, I figured this was a good issue to start with.

I had recently graduated from college in May 1994 and would ride ToT for the first time in October 1994 during a trip to WDW to apply for a job. (No, I ultimately didn’t take a job there; I had another career path to take in Orlando, and it’s how I met @cbgrey.) I remember reading through the ToT article in this issue and wondering what the attraction would really be like to experience. It turned out to be a pretty good attraction 😉

This edition also has an article about Frank Wells, who had just passed away in a tragic helicopter accident in April. He was the Roy to Eisner’s Walt, and it was clear that the leadership of TWDC wouldn’t be the same afterwards, and that was proven out over the next decade.

The Lion King was just about to premier in theaters, and Beauty and the Beast had just started on Broadway. The All-Star Resorts opened at WDW. The Indiana Jones Adventure was just about to open and would be covered in a future issue. Ahh…the mid-90s. Probably the absolute high-point of the Eisner tenure.